The participation is open, but registration is compulsory at this link: https://lnkd.in/eqxhTn38

The conference will be also streamed on our Facebook page

The lecture is part of the Alumni Day initiative: a 2-days networking event organized to gather together the alumni of the previous edition of the Advanced Master in Sustainable Blue Growth, the students of the current edition and the participants of the SummerSchool on Copernicus Marine Service.

Further info on these initiatives will be on our website.

CREATE - Climate Refugees Exist: let’s stArt to Talk about it | SciEnce Diplomacy as an innovative tool to unlock the potential of dialogue with citizens and society

Within this framework, thanks to its expertise on Science Diplomacy and Climate Change, OGS would fulfill the urgent need to include climate refugees in the scientific, diplomatic, social and cultural agendas. We decided to tackle this sensitive issue through the unconventional method of a role-play game. In fact, gamification is an effective way to address sensitive issues and the role-play approach encourages participants from different backgrounds to engage in a serious, fact-checked and in depth reflection. 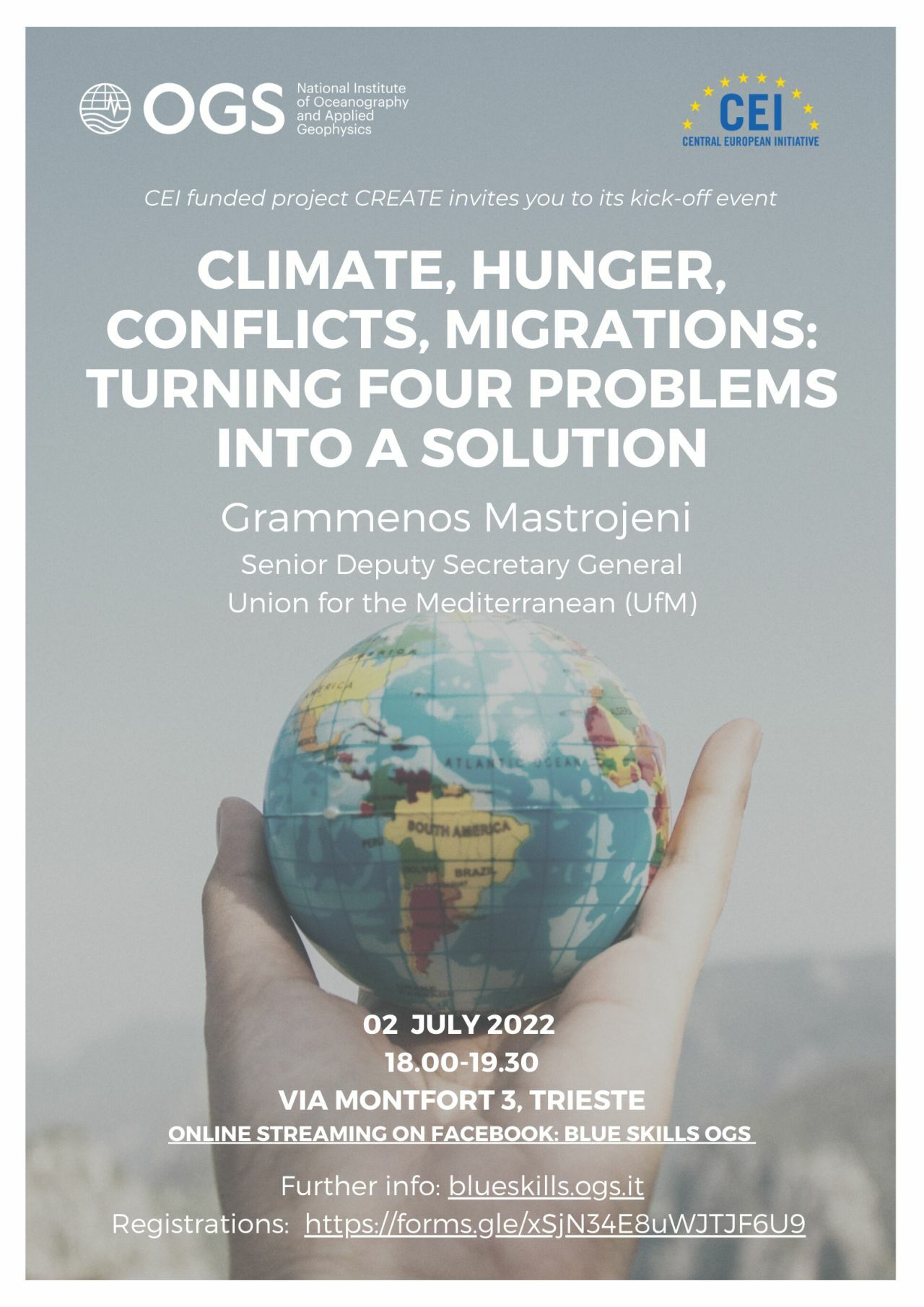